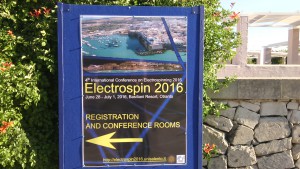 Electrospin 2016 follows the previous Conferences in the Series which took place in Melbourne (2010), Jeju (2012), and San Francisco (2014). This biennial event has become the premiere venue for the presentation and discussion of the most recent scientific and technological advances in the areas of electrospinning, polymer nanofibers, and related applications.